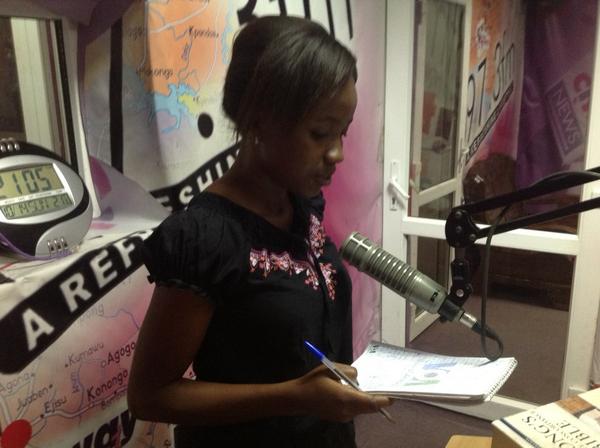 Saturdays are meant for relaxing especially if you’re a student at the University and a volunteer for a campus radio station. You always looked forward to the weekend to prepare and eat good meals, catch up on your sleep as well as spend time with your roommates. Other students preferred to go home so I wasn’t particularly excited when our news editor asked me to go cover a programme. The programme was being organised by medical students who had offered biological science but were currently offering medicine. The event, that day, was meant to mentor biological science students/medical-school hopefuls on how they could also get into medical school.

Looking at the weather, which was warm and all the sacrifices I was making in order to be at that programme that Saturday afternoon, I was not enthused at all.

At the event, which had a good attendance, I found a place to sit, brought out my recorder, pen and notebook and started taking notes. Whenever I raised my head, I saw the MC of the event looking straight at me. I started frowning and it seemed I did that throughout the event but I made sure to gather my story.

The programme was enlightening even for me who was not a medical-school hopeful. It ended with participants gathering to take photos. I gathered my tools and started to leave when the MC approached me to introduce himself. The same guy that got me frowning throughout the entire event. He asked whether I wanted to stay for refreshment and my answer was no. I thanked him and wished him the best.

Before leaving, I stopped to speak to another medical student who was my classmate from senior secondary school. I had interviewed him a week (on another show) prior to this event. I promised to keep in touch.

How excited I was to be walking back to my hostel to go enjoy the rest of my Saturday.

About a week later, I received a call from an unknown number and when I answered it was the MC of the event I had attended.

“I got your number from …. I saw you speaking to him after the programme and I knew how I could contact you.”

I was shocked even when my classmate from senior high had given me prior notice that he was giving my phone number to the MC. I did not frown. This time, I was very polite and we spoke for a few minutes, basically introducing ourselves and we hanged up. He started calling every Saturday to “check up on me.”

Initially (and erroneously), I thought medical students had no social life and perhaps, this guy wanted a friend in a different circle. That was the main reason I decided to be friends with him. Another reason was because he just listened. He’d call, ask one question and I would talk and talk.

The calls became more frequent. He could even call and say he was going for a wedding.🤷🏿‍♀️

We became good friends and one thing led to the other and the rest they say is history. Actually, we are married now and we’ve been married for almost five years and met at the event in October, 2010.