Ghost witches. Teleportation. Experiencing death even in death. Who would have imagined that one could die even after they were dead? If someone had predicted to her that her life-after-death experience would be this dramatic, she would have died several years ago.

“Daydreaming again eh,” Grandma Kai’s voice jostled her back to the present.

She sat on the rock and gazed at this old woman who everyone thought was ‘dead’ but is very much ‘alive’ and training her for God-knows-what. Mona had always been adventurous but that was when she was alive. All of these puzzling experiences with her grandmother were gradually wearing her out.

“Life, for our kinsmen has always been a little complicated,” Grandma started. “You live and when you think death would bring you peace and rest, it doesn’t. There is always an assignment to complete.”

Mona looked up at her Grandma Kai and wondering what she was going to say next.

“Even in death, we’re not free. There is one last task and …”

The last part of her words became inaudible. Grandma Kai gazed ahead. She seemed frightened. As if she had seen a ghost. She held her tummy and fell off the rock. She began to wriggle in pain as if she had ingested poison.

“No ooo,” Mona screamed as she jumped from the rock to hold her grandmother.

“Not here, Grandma. Please do not abandon me,” Mona cried as she held her grandmother’s almost lifeless body or spirit.

“What am I going to do?” Mona kept uttering these word with tears in her eyes as she shook her Grandma Kai.

For what seemed like eternity, the old woman suddenly jumped up as if nothing had happened. She burst out laughing.

“Oh Mona. Mona. You are too emotional,” Grandma said. “Don’t you get it yet?”

“Get what?” Mona said. Almost whispering and shocked at the turn out of events.

“For the task ahead, you don’t need to get like this,” Grandma said.

“Like what?” Mona asked, wiping the remaining tears from her eyes.

“You need to be stronger than this,” Grandma responded. “This is the emotional-strengthening test and you’ve failed woefully.”

“Come. Sit down,” Grandma said, pointing to the rock once again.

Confused by all that had happened, Mona stood up and walked back to the rock. The night seemed very cold. She rubbed her arms for some warmth and looked at her Grandma Kai and awaited what was going to happen next.

It’s going to be a long night…

It’s been almost of two months of participating in a challenge that is supposed to last for a month. 🤭I’m glad I took part because the #wbc2020 did not only provide me with topics to blog about consistently but it readily gave me loads of readers and followers who are currently my ‘blog supporters.’ I’ve discovered some new blogs too.

Even though most of the topics were challenging to write about, my favourite (to read from other bloggers) was the creative writing piece where we were to write a story that ended with, “when he woke up, I was dying.” That was a great day in the challenge.

Shoutouts to all the bloggers who participated – you gave us amazing content to engage with and a big thanks to the Afrobloggers for organising this year’s challenge. They took time to like and retweet all posts during the challenge, helping to promote our blogs. We are definitely looking forward to #wbc2021. Oh and you can follow them on Twitter @afrobloggers.

The Christian Blog Ghana has gone through a number of phases in its development and the platform turned five years in May (2020).

Initially when I was creating this blog, the larger vision was to provide Christians an avenue to add their voices to the blogosphere. I thought of a platform that was going to motivate Christians to share their opinions on subjects concerning them. In other words, we were going to be a community of Christian bloggers but that has not happened yet.

As the days went by, I realised I was not getting as much content from my fellow Christian brothers and sisters as much as I had envisioned, thus, I had to carry my own blog on my shoulders 🤣🤣

Perhaps, I did not market the blog properly or the people I contacted were not prepared to create free posts or they were not real bloggers. A big shoutout to those who heeded to the call and still provide me with guest posts.

The good news, however, is that I possess some level of creative abilities and I’m able write my own content. So currently, I have modified the posts I put up here. Even though, I mostly write from a Christian perspective, I have decided to give my creative voice exposure here as well.

I haven’t given up the hope of creating that community of Christian bloggers, though. Send me a message if you are interested in joining this community.

The lesson: Don’t create a blog with the aim of using other people’s content to grow your audience. You must be ready to take up the challenge of creating your own posts.

I know I am three days late. I planned to take part in the Winter Blogging Challenge but when it was getting to the time, I developed cold feet.

I felt I wouldn’t have the time to produce content each day because of the deadlines I needed to meet with regards to other aspects my life.

But this is a once-in-a-year opportunity to create content and socialize with other bloggers from Africa, thus, I have decided to take up the challenge.

I am playing catch up today and pledge my commitment to go through the entire #WinterABC.

I am taking part in this challenge because it is going to give me the opportunity to create content each day (for the next couple of weeks), read the works of other awesome bloggers and to learn a thing or two about blogging.

Even though I’m late, I’m happy about my decision to take part in the challenge so let the party begin.🎉🎊🎉🎊 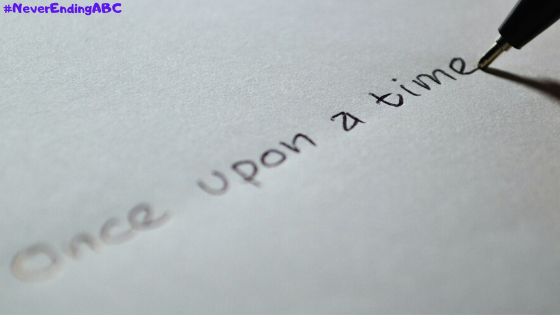 A never-ending chain story by the Afrobloggers community

It was a time for the planting season to begin and you’d expect everyone to be elated but for the rains. They had come too early… …and far too much. The earth became a soggy porridge, a fertile breeding ground for a very unexpected harvest. [Tawa of Gentlegiantblog & Beaton of BecomingTheMuse]

The year was 2025. 5 years after the fatal and brutal COVID19 had ravaged the world and left it empty. Almost. You see the world as we all knew it prior to 2020 was now a memory. A distant memory that no one wanted to talk about. [Sophie of akitcheninuganda.com]

The few of us who had survived the fatal virus now lived in groups we called tribes. Trying to live everyday. Fearful and distrustful of strangers. Never venturing out of the zones we had set for ourselves. [Mable of Mablesrants.wordpress.com]

Mona was the outlier of her tribe. She was 23 and had survived the pandemic. She felt life had to be lived in faith and without fear. Unfortunately for her, her newfound love for life was also the newly discovered fear for her parents who felt safer living within their zones. [OMT of www.omtsdigest.com]

So Mona’s faith couldn’t push her through. Fear still covered her like another pandemic was yet to come. In her zone, her girlfriends constructed a mansion where they all lived like it was a little country. Some farmers, others tailors, others saloonists others chefs, they grew their food and partied there own bar just like in the same compound. [Kadali.Bartlett of Kadaliblog.wordpress.com]

Life was not as Mona and her friends had known it, but through the stories of pain and survival they managed to get through the days. Each time she saw her parents and how her mom seemed safe in her father’s arms her heart ached as she remembered her love [ScotchRoyalty ofscotchroyalty.wordpress.com]

Locked in her fear, Mona decided to ask God for strength and restore her faith. Deep down she knew that nothing comes easy but she believed that God will make things right and erase the fear that clouded her and her parents and live a life filled with happiness. [Nikki_zw ofhumanityboss.blogspot.com]

One night, when the clock hit midnight she felt an energy in the room. She heard a woman’s voice say, ‘I am here to lift you up and remove all fear.’ She opened her eyes and saw nothing but still felt this woman’s presence. ‘Who are you?’ she asked. ‘I am the ghost witch.’[BecominguBu of becomingubu.com]

Mona knew the witch’s visit was the beginning of the adventure she had been waiting for all along. Just as the ghost witch had said, her fear was erased by her longing desire for something different. Something new awaited her.
The witch only had one question for her, “Are you ready?”. [Tanaka of Passion Victim Blog]

She held in her hands, a book of which she said “contained all the places in the work beyond the Aksum zone she could visit.”

It was at that moment her spirit fully awakened as the raging soul storms calmed, “Lead the way”, she said. The ghost witch took form. [rasmunroe of My Story, My Own Words]

A breeze filled the room and Mona saw the fairest creature in front of her. The sight of the Ghost Witch was overwhelming. The Ghost Witch stretched her hands towards Mona as the breeze grew stronger forming a whirlwind. Mona took the hands, held on tightly and closed her eyes. [Miss_Kayzi of Chipo_kayzi]

Mona couldn’t help but imagine the beautiful world that awaited her and as the speed of wind increased, she could no longer feel her body. It could have been an hour of spinning in the whirlwind but when Mona opened her eyes, she was lying on a pile of snow.