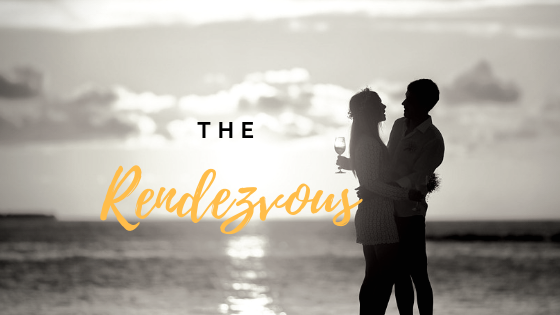 All your life, you are certain you are a born-again, spirit-filled Christian. You know this because your parents keep reminding you of the role they played in ensuring the Reverend Minister baptised you and ten other children on December 4th, 1990. You believe you are a child of God because you try to be good. Well, mostly. You have your quiet time daily and you do not smoke nor drink, neither do you club nor fornicate and the list goes on. Thirdly, you go to church every Sunday and are a member of the singing ministering and when you are not singing in the choir, you serve as an usher.  These two positions take so much of your time but you juggle them quite well and though you hate to admit it, you sometimes struggle to execute both roles effectively.

You are doing just fine (in your opinion) until a friend introduces you to another brother who is the youth leader of another church. There was nothing fascinating about him. Dull, just like that. During your initial assessment, you did not like the way he had dressed. His mannerisms and speech were funny. Simple subjects about the church, bible and the life of a Christian became so complicated whenever you spoke with him. On your second meeting, he brought up a conversation on the subject of the Holy Spirit but you shut him out while he kept rattling. In your mind, he simply likes to talk but you gave your phone number to him, anyway. This was to keep him from pestering your friend who introduced you both.

You honoured one of his insistent invitations to a weekday service in his church. The youth in that church was on another level. They seemed too exuberant, highly animated and overly cheerful. Perhaps, they have had a heavy lunch or had they taken in some narcotics? You observed keenly because you had never seen so many young people so excited about church. The service was scheduled to last for an hour but in your heart, you wished it was over so you could walk out of the midst of these over-energetic youth.

Before the grace was shared, you took your bag and were ready to bolt when you felt a hand on your shoulder, trying to restrain your movement.

“You made it. I am glad you came. Hope you enjoyed the service and I hope you’ll join us for the next one,” youth-leader said with a smile on his face. He really looked happy to see you.

“I enjoyed it but I have a number of things to do right now so let’s chat over the phone, ok?” you replied almost shrugging his hands off you.

“You seem annoyed. Are you sure you’re alright? Did someone say anything nasty to you in there?” youth-leader who seems to know everything, quizzes you. His concerns and posture were preventing you from moving away. Instead of allowing you to walk off. You turned to use the other exit but he quickly moves to stand in the doorway and that stopped you.

“Hey! Hey! Are you crying?” He asked too gently for your liking. Through the tears, you tried to push him aside but were not successful. You began to scream. This time, very loudly for him and the other members of his church to hear.

“Never invite me to this church again. You guys confuse me. You, in particular, make me question myself. Ever since we met, all you do is to speak differently on the same subjects that I’ve always known. They keep ringing in my head. They disturb me,” you said. You look at him, almost whispering, “And I don’t like you.”

Youth leader looks at you, raises his hand but decides to put them down. He rather walks up to you and what he did, shocked and intrigued you at the same time.

This is the first of a two-part sequel. I am not too certain how it’ll end but you can give me ideas. While you do that just fix your eyes here. It promises to be exciting.

2 thoughts on “The Rendezvous”