What do you do when you realize you are drifting from the faith? How do you treat people who don’t believe in what you believe in? This is based on a personal experience. 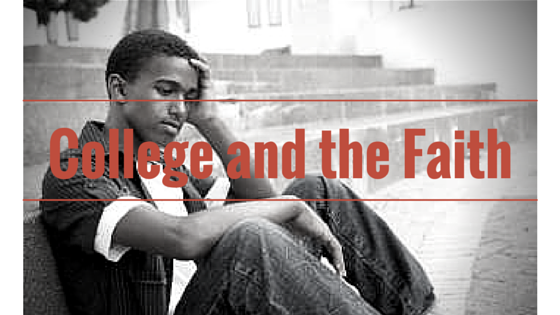 What do you do when you realize you are drifting from the faith? How do you treat people who don’t believe in what you believe in? This is based on a personal experience.

A number of people are Christians because they are born into the faith. A percentage experiences the goodness of the Lord as they grow up and they turn to the faith. It is also a fact that a number of us backslide somewhere along the way, while a number of us grow even stronger as the years go by.

Until college, I had never encountered anyone who categorically stated they did not belong to any religion and were not Christians at all. In college, I met this special group of people who did not mind being called an atheist and up till now, I continue to meet several people categorically state they did not believe in God. It was during my encounter with these people that I began questioning the existence of God. People presented so many “sound” arguments that God did not exist. My philosophy course did not make the situation easier since our arguments were based on what we experienced through our senses (a posteriori).  It was quite a challenging period for me. There were periods that I stayed in my room on Sundays trying to figure out if God really existed but the truth is I struggled, even more, answering this question outside of the word. The word in Genesis 1 states that God created the world in six days and on the seventh day He rested. I don’t know what else I was looking for.

Although I was going through these moments of challenges, I also met other people who were doing their best for God.  Though I was being challenged on one side, there were others who were serving God in spirit and in truth on the other side. Such people served as motivation to me also during that period of my life. They encouraged me to seek the Kingdom of God and His righteousness – Matthew 6:33 and I can confidently say that it was in college that I received the Holy Spirit. That was the beginning of a struggle-free relationship with God.  I admit I struggled with my faith but my constant visit to the church and regular conversations with believers enabled me to come out of my confusion and doubt.

Have you been in a similar situation or even worse? Have you experienced any kind of unbelief? How did you overcome it? How do you react when you meet people who do not share in your Faith? Share your experiences with us here or on Facebook or Twitter.