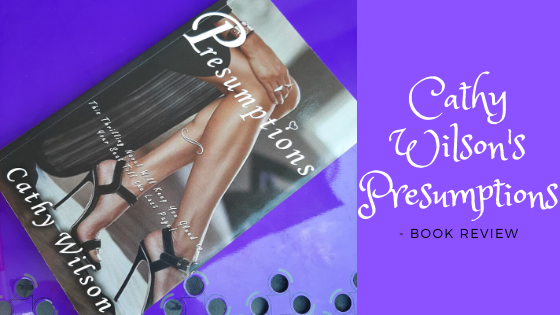 Flossy Achana is very strong-willed. She is married to Kingsley Billah who is a deacon of the church. A few weeks after celebrating their seventh marriage anniversary, Flossy bumps into her former boyfriend, Mike Kabore. Both were shocked but ended up having a little chit-chat, where apologies were rendered for the unfortunate break-up and current contacts, exchanged for follow-up. The two begin to meet till their ‘encounters’ sparked curiosity and gossip among people especially Flossy’s boss, Mr. Blankson.

After the epic reunion, a spiral of drama also begins to emanate from the homes of all the married couples not excluding that of Reverend Yendi and his wife, Lady Jessie’s.

As a reader who has been married for a couple of years now, I did not comprehend how and why Mike and Flossy would go through all of this act of pretense just to spite the ‘busybodies.’ Anyway, that formed the main plot of the story and even when both couples were suffering from this decision they had taken, Flossy was unwilling to give up on the charade. That aspect of the story really baffled me.

Cathy Wilson’s Presumptions raised several pertinent issues that we (modern Christians) may have swept under the carpet, for instance, the question of what constitutes a lottery. Rev. Yendi’s wife won a car by participating in a ‘game of chance.’ To her, coming out as the ultimate winner was an answer to her prayer but her husband would not take any of that even though the ‘jalopy’ he drove needed to be replaced. This scenario could serve as a good topic for discussion in a bible study or book club.

Another issue for further discussion is when to compromise as a couple. I had the sense that the men in the book took their roles as ‘the heads’ a little too seriously. Even in a mere relationship, Mike had wanted Flossy to read Sociology or English instead of Advertising and her refusal served as one of the basis for their breakup. Also, when Kingsley refused to go bring his wife after he had learnt the truth that she was truly innocent. Even when he was suffering, he still refused to bend.

Like the same sentiments I shared after reading Karen Kingsbury’s The Chance, how do we (Christians) use the scriptures after we read and meditate on them? The characters in Presumptions towed the same line of quoting scripture to suit their current situation, prove points and subtly ‘insult’ each other. It almost felt like I was witnessing a Bible sword drill.

I did somehow fall in love with General Achana (Flossy’s dad) and Eunice (Flossy’s sister). They added a little humour to the tension that brewed from the other characters.

The author could have, however, added footnotes explaining local terms like ‘TZ’ ‘Alefu’ ‘Agbada’ ‘Anago’ to the non-Ghanaian reader.

‘the duo bumped into each other at a spot called ‘DESTINY.’ Yes, that is the name of the spot…’

‘Two gentlemen in a beautiful garden.’

‘This is General Achana’s residence.’

It was very obvious the story was written from the perspective of a narrator. I haven’t seen this style of writing in a while.

Like most Christian novels, the ending of the story was quite expected. In all, the 145-page romantic novel, which was further broken into 16 chapters, was very simple to read. I am also glad to announce that it was authored by a Ghanaian, making the setting and the issues raised very relatable. To reiterate, it could serve as a good material for any book discussion.